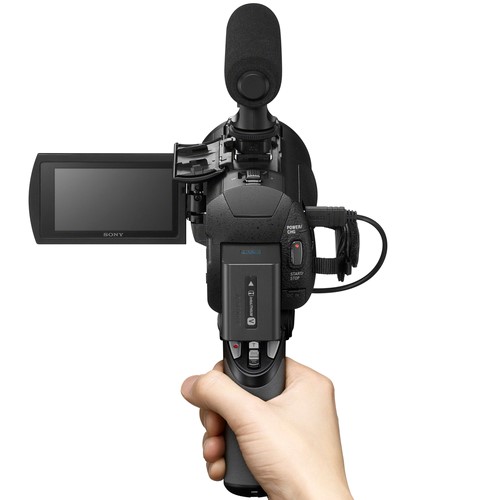 Sony has just announced the release of its newest breed of Handycam! The new Sony FDR-AX43/B was created to keep your footage steady while you’re on the move. This AX43 Handycam puts professional production and simple movie sharing within anyone’s grasp. How does it compare to its predecessors? What are the similarities and differences between the Sony AX43 vs AX33 vs AX53?

Sony AX43: Just Released
Some may think it’s odd to invest in a camcorder when so many mirrorless cameras boast incredible video capabilities. There are definitely some perks to having a dedicated Handycam. The increased battery life and that on-camera mic are major selling points- as is the price point. And this Sony AX43 from Buydig.com is a new breed of Handycam that was created with vloggers in-mind. The camera can shoot in 4K and utilizes a built-in gimbal mechanism for capturing smooth footage while on the move! The built-in image stabilization is also helpful when you’re running the show solo and means you won’t need to burden yourself with a lot of extra equipment. This 4K Handycam is certainly an interesting option for video shooters. The 3” Flip-screen makes it good for selfie shooting as well! But how does this new release compare to its predecessors? 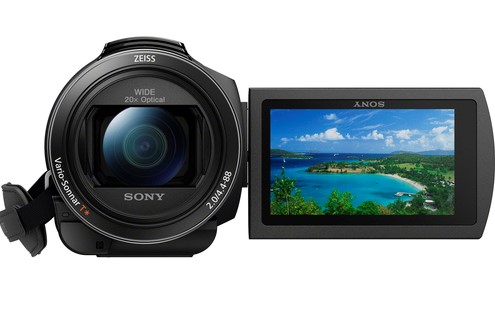 Dragging a tripod, handheld rig, or gimbal stabilizer can be cumbersome when vlogging or capturing candid family memories while vacationing. Unlike the AX33 or AX53, the new Sony AX43 incorporates a gimbal stabilizer right into the body of the camera. While, like its predecessors, it provides high-quality UHD 4K video recording to fulfill your video needs. Its compact size makes it easy to handle. The simple interface makes this Handycam the perfect choice for beginning videographers. But professionals can also appreciate the high resolution, the 30x 4K zoom, and the quality Zeiss lens. Both the AX33 and AX53 also sport the Zeiss lens. However, their zoom lenses are shorter at only 10x and 20x respectively. The zoom lens on the AX53 has the same wide angle of 26.8mm. But the lens on the AX33 is a 29.8mm wide angle. This is ideal for capturing grand landscapes. 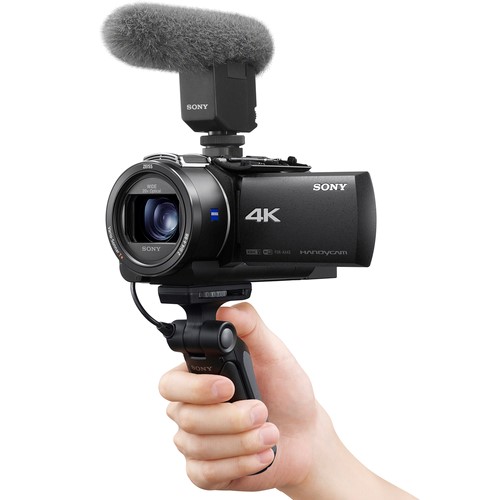 All three video cameras have the very convenient 3” flip-screen, and the Highlight Movie Maker setting that automatically creates short clips in-camera for easy sharing to social media. The Sony AX43, AX33 and AX53 from Buydig.com all have the Exmor R CMOS sensor with BIONZ X image processor, making them great in low light. All three video cameras have a premium mic with a structural design that enables them to gather sound from 5 directions. However, the new release AX43 camcorder has a premium three mic. capsule structural design that enables the camera to reproduce clearer sound, yielding up to 40% less noise. It is twice as effective in 2ch stereo for XAVC S shooting and three times as effective in 5.1ch surround shooting. 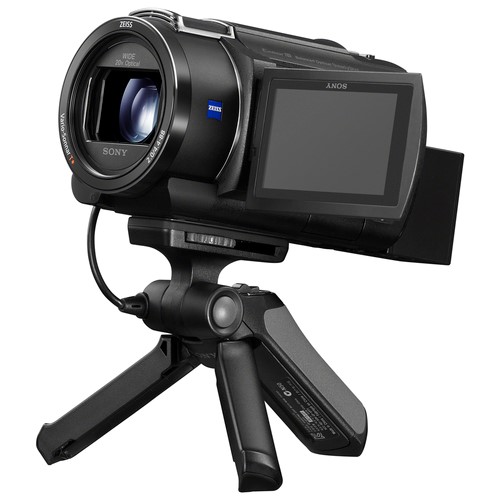 Even with all the similarities, the AX43 is an upgrade to Sony’s previous flagship model, the AX33 and its newer beast, the AX53. Combining features like the powerful 4K UDH shooting resolution at 24/30p, and the ability to shoot 17MP stills all the way up to 4K time-lapses, along with the Balanced Optical SteadyShot Image Stabilizer is enough to make the AX43 a great choice for both amateurs and professionals. But the upgrades to this new release AX43 camcorder are what make it the must have video camera of the year! There’s the new built-in gimbal stabilizer that helps create even more silky-smooth motion shots. Then the 4K time lapse and slow-motion recording with frame rates up to 120fps. This allows you to capture dramatic events and add creativity to your productions. These features carried over from the AX43’s predecessors and the new unique additions makes it the perfect camcorder for professionals and beginners!